I've mentioned many times I came back to Neoseeker because I was originally summoned to see if I was interested in reviving Classic Games. I famously said "Maybe" and then proceeded to spam my way up to the top of the post count list and have 2 (failed) mod stints. It's funny like that.

I even failed other places. I failed Evil T and Music. He felt similarly I imagine. All the posts about bands he made and the only thread that gets activity there is the What Are You Listening To? thread where no one actually looks at what others are listening to and only post YouTube links to songs. The same sort of happened with Games too, but Gaming Lounge has more to talk about due to the nature of the site.

Point is, there's some community left. You just kind of have to gravitate to what is active. I don't really feel like I belong anywhere really so I'm keeping up the fight in wherever I am...for some reason. I wish I could quit you guys but then I'd be lonely too. Maybe it is my fault for not making friends with more of you here.

Ah well, we'll keep on going until we run out of digital space. Someone needs me to give outrageously emotional takes on the Utah Jazz still.
0 0 0

Chickens on a tree

So, it sorta looks like these companies are using captchas as a barely disguised way to train their AI pattern and image recognition thingies. 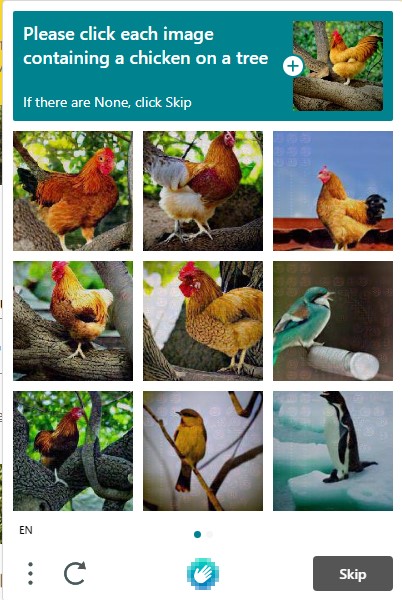 Makes me question who's side these guys are on. B| On one hand, they're preventing bot attacks from taking down websites. On the other hand, they're training bots that will some day be able to defeat captcha.
0 0 0

This is a post that I've been thinking about putting together for some time now. This is mostly one that'll be aimed at those who are inspired to do guides (written or video) at any point in the future. One could say that I'd give a bit of advice to those who are considering doing this. Whatever games you begin with, either type of guide depends on which way you'd go or both when doing them. There'll likely be a point where some people may not understand your choice to do a guide for any particular game. This is coming from someone who's been down that road a couple of times.

If there is anyone who may try to say something about a game of choice you went with, just remember that no matter what game it is, all that matters, in the end is that it'll help someone. I admit that when I first started, I wasn't sure how well I'd even be at doing them. I was nervous at first. The more guides I did, the better I tried to be at it with each one. Remember that when doing guides, the purpose is to help those that'll come across your guide. In the 20 years that I've been doing guides, I remember some of the things that people have contacted me directly about, thanking me for the guide I did for [insert game here].

And remember, if you ever need help, don't be afraid to try reaching out to others who can help you out. The biggest piece of advice I could give is to always put forth your best effort, and make the guide the best it can be.
0 0 0

I don't know the particulars of their story, I just like their album. One thing I've started to notice after all these years is that I have no clue what the lead singer is saying. Dunno if that's just a me problem, but I still like it.

Those That Wreck Hard

come gather, for i have something to show u... 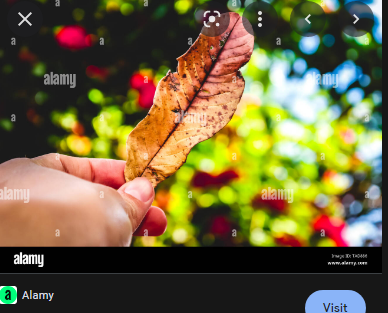 villager say "is dat leaf special, elder"?
i say "no." and bonk on the head with a stick.
I say "it is not special, it is but a leaf that blew in from outside"
another villager say angry "why are u show us dis leaf den???"
i bonk him on hte head with stick very quickly
I say, "tink about it, dis leaf blew in from outside. we are all but leafs that blew in from the storm. the storm shapes us, and it place us too."
all villagers go "oooo..."
i quickly swing da stick in a widely and knock dem all out all out so dat dey wake up in their beds later and think it was all a dream. dis is da way of a village elda...

Here's a band not many might not know about

Uhh I think it became more popular recently-ish because 1 of their songs was featured on some show I dont know anything about. I think it's pretty cool for a Halloweener sort of mood.

i am a new trader! french/english in summoners wars
discord : gabryel#0499
facebook gabryel houde
wanna tell me mp and give me a good feedback ty!
1 0 0

Provided to YouTube by The Orchard EnterprisesIron Tears (Remastered) · Flotsam & JetsamDoomsday for the Deceiver (20th Anniversary Special Edition)℗ 2006 Me...

Been gone from Neo but never stopped never stopping. Been active on gamefaqs for the last decade and change (as well as on direct game dev studio forums) and still post on the youtubes regularly (over 1700 videos now). All my neo.friends are neo.dead, so... sad mech panda.

Was feelin' nostalgic looking at old gameplay videos from yesteryear. Thems were the good times. 2001-2006 Neo.Life was a blast.

Shout outs to muh dead homies:
Mishtraham Lincoln
Phister MacMisto
Nameless_Outlaw (silly wabbit - your name was Outlaw)
Grenade King
Algernon (Soldat ftw)
Kyo Daikun MK I through X
OctaGon MSG (before joining the MAGA scum :P )
AccyTres
Section 1(9)99
that Stabby Gonk Droid (heard he made his way into the Mandalorian set)
Krunal (j/k - caught the dude pretending to be me in a forum years ago)

All the supermods of the era before, during and after

And also studly cannon. Meme posting well before it was a fad.

(changed my name to Mr Grey during my time as a supermod - switched back after) YES. IT WAS I WHO BANT YOU. IT WAS I THAT DENIED YOU CHEEZBURGR!!!

Something that I'd thought I'd blog about to reflect on my years as a guide writer to this point.
Throughout my guide writing career thus far, one could say I always try to be as descriptive as much as possible with the guides I've done. In that time since 2002 I'd have a hard time choosing which guide at this point is my best currently. There are probably a few that I'd love to go back to do a full rewrite at some point. Meanwhile, it'd be nice if I knew a cheap or free class or tutor that could look my work or show me how to improve. On another hand, I'd still be up to co-author a guide with someone. There were a couple times early in my career that I could've had that chance, but never fully materialized. One thing I'd love to do sometime before I retire from guide writing.
0 1 0

Been playing S.T.A.L.K.E.R. Anomaly lately, a free mod that is freaking AMAZING. Below is a story about one of my experiences. 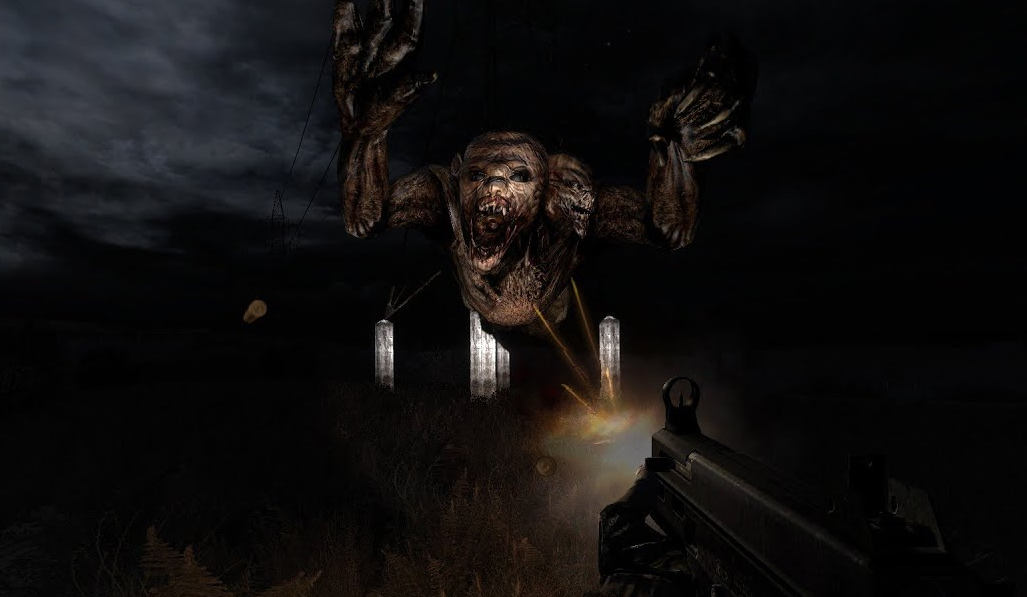 So, I got a mission from the Clear Sky guys in the swamps to get rid of a mutant at a watch tower.

I had the stupid idea of going there in the pitch black dark, and I couldn't see the mutant so I decided to climb the watch tower to get a better look. Just as I reached the ladder and started climbing, something swiped at my feet. That got my goosebumps going.

Once I got to the top, I started looking around with my flash light, I felt safe since I was up there. I was wrong :P Turns out the mutants in this game can climb watchtowers, something attacks me from behind, making me drop my gun and launching me off the watch tower.

I gather my bearings and take out my pistol, and I see the Chimera coming straight at me. Pistol was useless so I tried shooting at a gas can nearby, it blew up but didn't even slow it down. 1 swipe of its claws and I was a goner.

I find myself coming to the site to sit there and refresh the same few forums over and over again. I don't have too much to say anymore as even looking deep within some forums hasn't really inspired anything.

I find myself without much of a "goal" here right now. All the games I was running in Tabletop have concluded. I have no idea if a new one would garner any activity anyway. I don't really belong anywhere here and have a handful of you I'd consider friends these days.

I think it is a good time to distance myself for a bit. Maybe not forever. I might even still log in day to day. The thing is, I keep refreshing these pages in hopes of....something. It is kind of pathetic, but look who you're talking to here. I'm the epitome of pathetic.

The real truth is I have no where to really replace this site. I'm not on other social media platforms. I don't really want to be either. I'm just sort of here. I exist online on the site called Neoseeker. Maybe that's a metaphor for the site itself. It exists with its few members that signed up eons ago that don't really have much else to do. If the site just up and shut down one day, I really don't know where I'd go, even if I don't really even do anything of substance here anyway.

I took a lengthy absence before and was only brought back in when Chimaira brought back Retro (then Classic) Gaming. I then fell into series of projects and stuff that kept me wanting to coming back here. Now? I don't even know. I don't really want to do anything. I don't want to make any new friends. Maybe I'll just lose interest in logging in one day.

Everyone still here has other ways to communicate with each other in some way I'd guess. If anyone cared about ol' Cap they'd already would have added him elsewhere.

Hello, I am a reseller of several L&D accounts, tell me what you are looking for and on which server and I check if I have in stock or at my resellers.
I don’t sell double L&D.
Payment only in PAYPAL and in € not negotiable (I need to make a margin on the resale price).
The prices I will give you are in € and not in $ .
My feedback: https://www.neoseeker.com/members/snowzy/feedback/
Discord : SnowZy#4140

But do I use GIFs too much? Just a question. I feel like I have been using them quite a bit lately because I just discovered that you can add GIFS from your phone keyboard.
Yeah I know it probably is late to discover that but who cares?
2 0 0
next
1 2
(0.0553/d/www1)